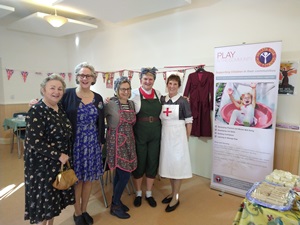 On 19 January 2020 St Hilary Hall was transformed into the Ritz during the Blitz for an afternoon tea with a difference.  It was themed around WW2, and focused on women’s significant role during the war,. Not only did they keep the family together in turbulent times they worked in various settings such as Bletchley Park, the Land Army, nursing, Women’s Institute, munitions factories and even put themselves in danger working as spies.

The hall was decorated vintage style to take people back to the days of the war and 40s style dress was optional. It was great to see some arrive in their best furs! There was entertainment with a demonstration of the jive, a table top quiz and a group singalong of Vera Lynn’s We’ll Meet Again to round off the day. 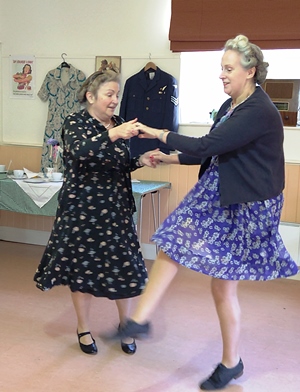 Guests were treated to a menu of savoury and sweet delights, some of which were made from wartime recipes washed down with oodles of tea – the great British tradition!

The Afternoon Tea brought guests together to enjoy each other’s company whilst fundraising for a very worthwhile cause – the charity Valleys Kids. 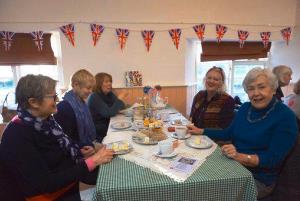 And through the generosity of those attending an amazing £660 was raised.

The afternoon tea was held on 13 January 2019 to support a charity in Hyderabad where Caroline Neudegg’s daughter, Kate, was working. 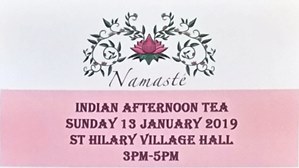 St Hilary Village Hall was transformed into a little corner of India where visitors to the village enjoyed afternoon tea with a difference. Instead of a traditional afternoon tea they were treated to flavoursome morsels of Indian food followed by cakes flavoured with the fruits and spices of Southern India.

A special printed menu was on each table to whet people's appetite.... onion bhajis, vegetable pakoras, beetroot and paneer kebabs, coronation chicken and mango sandwiches and samosas. Plus, lots of yummy cakes.

Everything was home made even the jam, mango chutney and the raita! Tasters of the India teas – roadside ginger chai and turmeric tea – were also winners.

The event was supported by friends and neighbours who, through their generosity, helped to raise £1,100 for the Promise charity. The money is sufficient to train a midwife in India for 2 years. 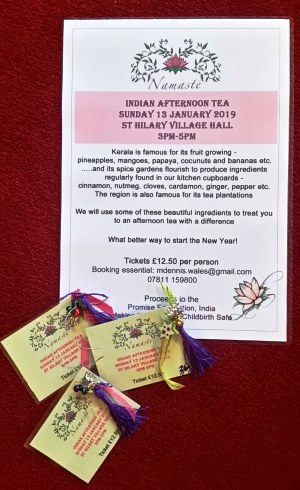