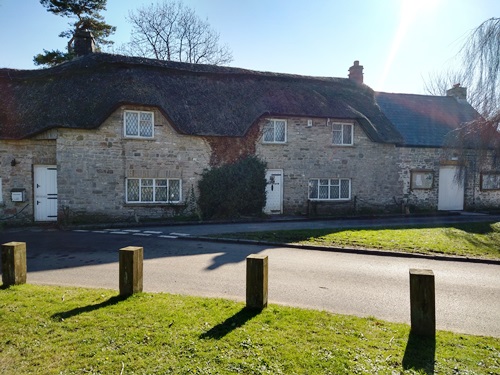 The thatched cottage known as Little Hall or Old Hall cottage appears on the 1st edition OS 25" map of 1878. The attached single storey slated building nearest the Lych Gate is marked as a School on the same map.

According to the Glamorgan County Times (Saturday 10 May 1958) the beauty of St Hilary village was marred by the fact that three thatched cottages in the centre (now Little Hall Cottage), which had been condemned, had deteriorated into an eyesore. And, it was because of this that there was no doubt that it was one of the main factors why the village had not won the D.C Jones Challenge Cup for the Best Kept Village in the Vale of Glamorgan.
(St Hilary did eventually go on to win the Best Kept Village Competition, the last time being in 1990 during St Hilary 900 celebrations.)

However, due to the efforts of a Cardiff man, Reginald Griffiths, they were restored to the condition they were in when they were first built. He converted them into one house. He moved into the property with his first wife, who was disabled, on Friday 9 May 1958.  It was reported that the olde world atmosphere of the cottages had been retained without sacrificing any modern comforts. Heating elements had been installed in the downstairs floors and it was believed that this was probably the only house in the area where they had been fitted. The couple named the property Little Hall Cottage. 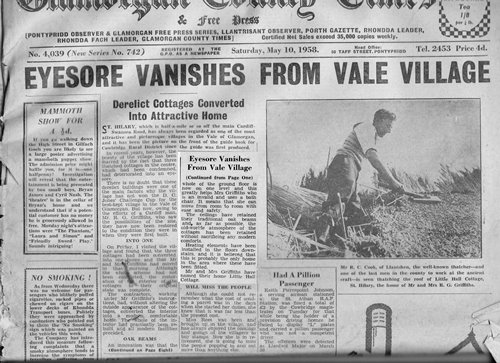 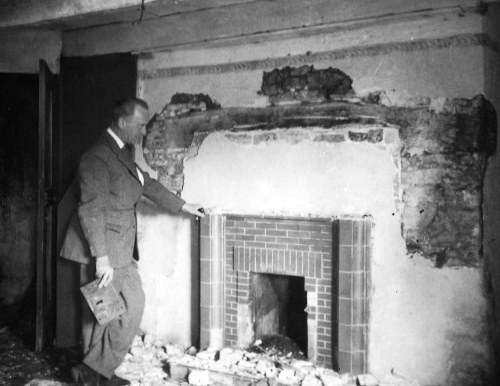 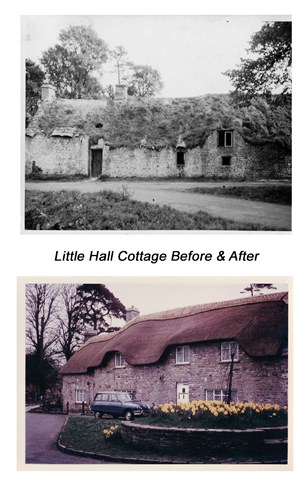 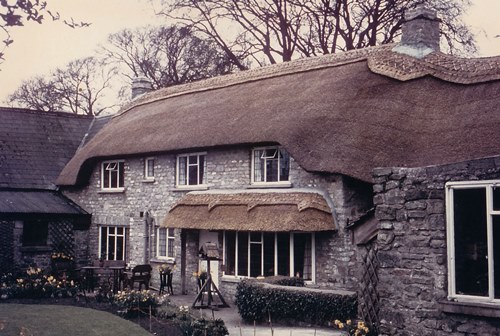 A thatcher is renovating a cottage roof 30 years after his father undertook the mission.

Ian Jones has already been single handedly working on the cottage for two months, but there is still some way to go.  For four months, cottage owner Jeanie Griffiths will be living surrounded by reeds and scaffolding.

Getting Little Hall Cottage in St Hilary, in the Vale of Glamorgan, rethatched is a long-drawn-out challenge, which has been taken on by one man.

Although cottage owner Mrs Griffiths could have recruited a team of thatchers from Devon, she preferred the work of Mr Jones, from Coity, Bridgend.

She turned to him because she knows he learned his trade well - his father John Jones thatched the cottage roof in 1968, soon after Mrs Griffiths moved in.

Her late husband bought the row of three derelict cottages in 1958, knocking them into one and carrying out extensive renovation work.

Reginald Griffiths passed away on 4 June 1973. He is buried in St Hilary church grounds. He was a retired bank official.  His second wife was Barbara Jean Griffiths (known as Jeannie). Jeannie died in 2017, aged 93.  She was the mother of Oscar Ackerman (died 2020).