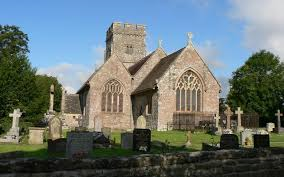 The Church of Saint Hilary of Poitiers

The earliest architectural features of the church date from the twelfth or thirteenth century, since which time both the fabrics and the contents of the building have undergone many changes.  In its earliest form the church would have comprised simply of nave and chancel.  The south aisle and porch was probably added in the 14th century and the tower a little later.

Survivals from the medieval building include the external stone walls and within the church the slightly pointed chancel arch, the five steps in the thickness of the north wall of the nave which led to the rood loft, and the two small windows which illuminated the rood and its stair.  The large cylindrical stone font and the hexagonal holy water stoup are also medieval in date, as are the consecration crosses above windows in the chancel and south aisle, and the priest’s door in the south wall of the chancel.

Two monumental effigies in the church also provide strong links to medieval times. One, lying in the niche in the north wall of the nave, represents a young man in civilian dress, and is believed to be that of a member of the de Cardiff family, lords of the manor of St Hilary in the 12th and 13th centuries.

The other, that of a knight in full armour, commemorates Thomas Basset of Beaupre, who died in 1423.  The Basset tomb chest with its effigy is sited in the central part of the church.

In 1553 St Hilary was among the Vale churches that were robbed of ornaments and vestments by Royal Commissioners, one of whom was William Basset of Beaupre.  The name Beaupre is Anglo-Norman and is assumed to have been introduced into the area by the de Cardiffs of Bassets.  It is derived from the old French beau repaire (beautiful retreat).

St. Hilary Church tower contains a ring of six bells, consisting of Rudhall bells dating from 1742, which were recast into a ring of five by Taylors of Loughborough in 1906. As a community project to mark the beginning of the third Christian Millennium, Taylors added a treble, which was dedicated by the Archbishop of Wales on March 20, 1999.  Click here for more details. 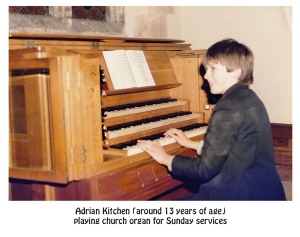 Source: St Hilary: a history of the place and its people.  Hilary M. Thomas

Heavily but sympathetically restored by the eminent architect Sir George Gilbert Scott in 1862, this large church retains a number of medieval features.

In the north wall of the nave are five steps which in preReformation times led to the rood loft which was illuminated by two (surviving) windows. The font is of early Norman design and is carved from a single block of local Sutton stone. A medieval holy water stoup is set into a recess close to the entrance door.

Lancet windows in the north and south walls of the chancel and the square headed priest’s door in the south wall are medieval survivals.

The effigy of a layman lies in a recess in the north wall of the nave. He is believed to be a member of the De Cardiff family, lords of the manor of St Hilary in the C12th and C13th. Another effigy lies on a chest tomb in the south aisle. The figure wears full plate armour, and the inscription on the tomb reveals that this is Thomas Basset of Beaupre who died in December 1423.

Within the church are monuments to members of prominent local families including Basset, Traherne Edmondes and Ackland Allen. On the wall forming part of the chancel arch is a distinctive memorial to Daniel Jones of Beaupre, one of the founders of Cardiff (Royal) Infirmary.

Most of the stained glass in the church is Victorian, some of it designed by Sir George Gilbert Scott. St Hilary is depicted in the glass of the west window.

The south porch, designed by Scott to replace a C14th structure, contains decorative carving including the arms of the Basset family.