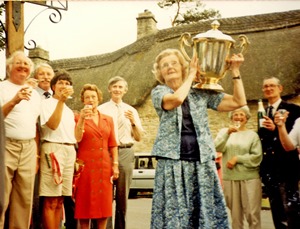 The Best Kept Village Competition in the Vale of Glamorgan was established in 1953 as part of the Vale’s celebrations for the Queen's Coronation. In that year, to mark the Coronation, local businessman and philanthropist, DC Jones offered for competition a 400 guineas silver trophy to be presented each year to the winning village.

The Cardiff Spectator (date unknown) reported that judging took place in July each year and the trophy was presented to the winning village at the civic luncheon of the borough of the Barry Horse and Agricultural Society Show.

Apart from the DC Jones trophy there are two other awards. One was a commemorative plaque which the committee give to the winning village and which is sited in a suitable position in the village. The other was flowering or ornamental trees to runners up.

The pioneer of this form of competition was Viscount Bledisloe who, in 1937 set up a scheme for the Cotswold villages on similar lines and Glamorgan was the first to revive the competition after the war.

1959 Winners of the Best Kept Village

After narrowly missing the coveted trophy in 1958, the villagers made an all - out effort in the following year to take first place, with 93 marks out of 100. In their report the judges Mr J.A Stirling and Mr John Morgan commented that "it was only after the closest scrutiny that we could find any faults with St Hilary".

They found a few nettles alongside a path to the west of the churchyard. They were particularly impressed however, by the care taken to make presentable three small patches of ‘no man’s land’. Note was made of the excellent condition of the churchyard. All verges, hedges and greenswards had been cut and mainly cleared. The only exception was the vacant ‘Wendy Cottage’ where the garden and hedges had not been cut in time .

At the August 1959 Barry Horse show Miss Dorothy Ackland Allen JP received the trophy on behalf of the village and the cup was presented by the Bishop of Llandaff, Dr Glyn Simons

In 1960 Miss Ackland Allen handed the sign proclaiming the Best Kept Village over to Mrs J.T Morgan, vice chairman of the St Nicholas Parish Council at a ceremony in St Nicholas village hall .

In 1961 St Hilary secured 3rd place in the competition. St Brides Super Ely came first and Wenvoe took second place. Although judges commented that St Hilary’s entry was excellent it was noted that there was a little roadside litter (paper and cardboard) on the ‘no through road’ leading to the Paddock’s which, it was noted, is rather outside the village centre. The grass on the village green was deemed to be rather long, though it had evidently been cut rather recently . 91 out of 100 marks were awarded.

In 1962 St Hilary won the award again and it was reported that it was only the second village in the history of the competition to have won the award twice.

Judges shortlisted 5 villages out of 22 entries and announced that St Hilary had won at a dinner in the Bear Hotel.

All three judges emphasised the fact that directional signs in the villages were out of keeping with the rural nature of the communities. The villagers could do nothing about such signs, but they did tend to spoil the look of the village and it was felt that something should be done to produce signs which although still functional were more in keeping with the rural nature of the Vale .

On Saturday 18 August 1962 69 year old Mr John Rees the oldest inhabitant, accepted the DC Jones cup from Mrs G.G Traherne, wife of the Lord Lieutenant of Glamorgan on behalf of the residents of St Hilary. It was reported that John Rees had lived in the village for nearly 70 years – all his life except for war service and a short period after his marriage. 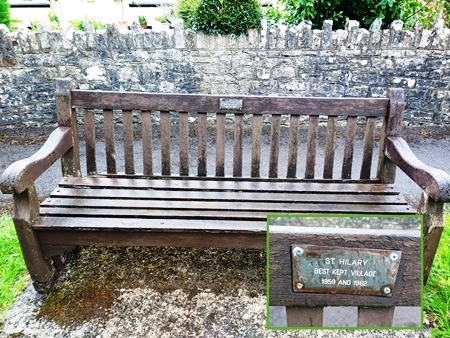 In 1990, the year of the St Hilary 900 celebrations St Hilary once again entered the Best Kept Village Competition. And, everyone was delighted to hear that their efforts had been rewarded when it was revealed that St Hilary was the winner that year.

Those involved in coordinating St Hilary’s submission were invited to dinner at Coychurch Village Hall on Wednesday 11 July 1990.

The trophy was presented to Miss Elizabeth Giles by Captain Norman Lloyd Edwards of Llandaff, the judge of the competition.

As a result of this success St Hilary was invited to enter the Best Kept Village Wales competition. However, it was not successful in securing this title. 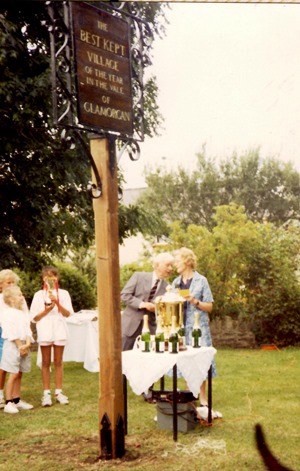 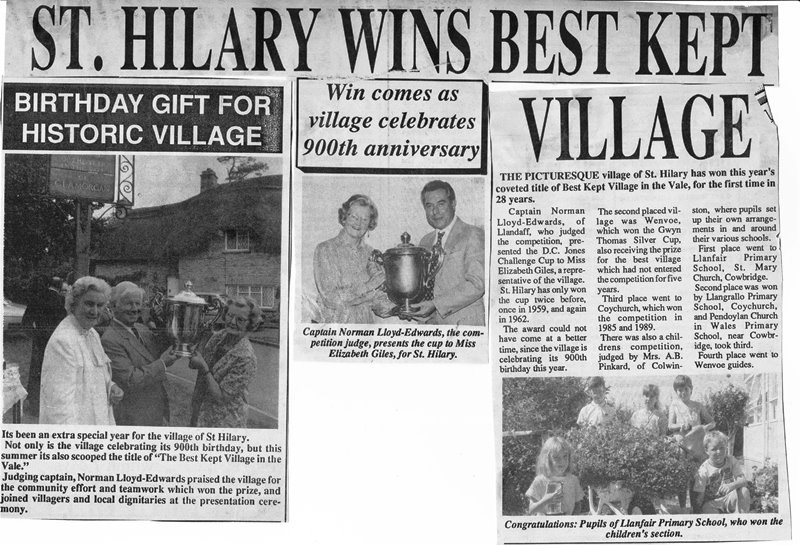 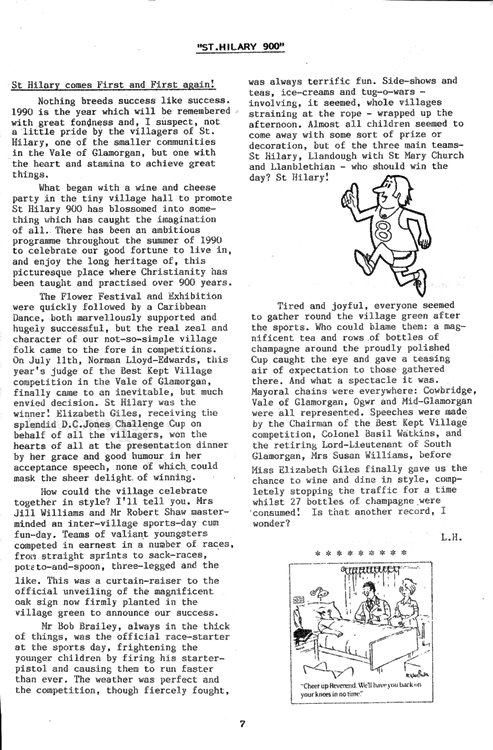 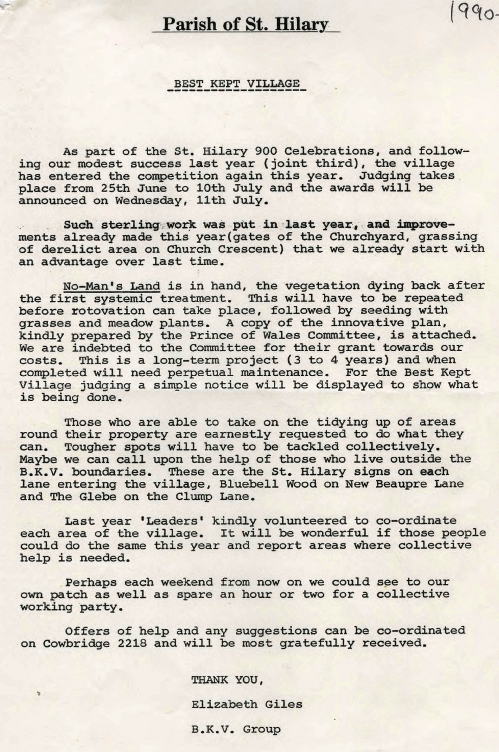 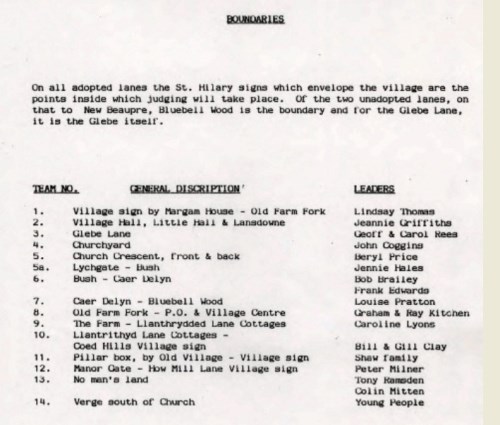 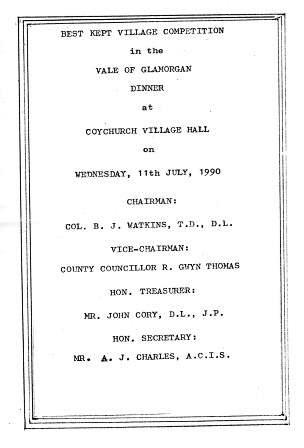