Trees in the village and the Vale 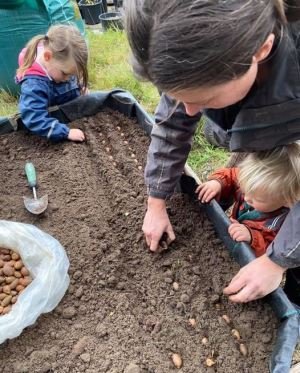 Here is some really useful, interesting and important information about trees in the vicinity of St Hilary which was posted recently on Facebook by Ewart Schofield of ESA Treecare.

We’ve been removing ash from the A48 due to ash die back. Mainly from the dual carriageway and the approaches – not from the land opposite the St Hilary junction – that was not us! These are the fastest sections of road in the vale (70mph). We have also been removing dying ash over the last two to three years for the council as their contractor, as well as for many private individuals. It is a huge issue.

Ash dieback (ADB), Hymenoscyphus, is a far bigger an issue than Dutch elm disease which destroyed the mature population of elms. It is a fungal disease that causes fatal decline. Sadly, you will see more and more ash being removed by many firms, farmers, landowners and homeowners. It’s not just a council problem but they do manage 10,000s of trees on your behalf and for your safety. The visual landscape is changing and because most ash grow on human flows of movement, they will need addressing due to the high risk they pose as they decline, as up to 95% will die. (There are differing views on the amount that will survive but either way it is still sadly a low number.)

ADB causes either the crown to die over several years, leaving dead branches to fail or the whole tree can fail if the entry point is through the lower stem. A secondary pathogen such as honey fungus can cause further issues because the tree is in a fragile state. Either way the tree becomes very brittle (which Is the safety aspect) and there have been fatalities to tree workers working on affected ash trees. If the trees were in the middle of the field, we wouldn’t notice, most wouldn’t care but they aree where we drive, walk, play and live.

There are some great tree firms in the vale and wider area but there are some who do not know an ash from an oak. Ask any firm you see working and ask them what they are doing; if they know their profession, they will be happy to talk to you, explain what is happening, explain what permissions they have, but do be wary as they are doing a dangerous job and walking into a cordoned off area doesn’t help. We had a person cycling down the closed dual carriageway, he stopped when he got to us, swore a lot as we were in his way and said he could do what the f**k. he liked, jumped over into the opposite direction of traffic, cycled on and then jumped back into the closed section. People like that make the job harder.

If in doubt about whether work is being carried out legally, call the Vale Council. They will have a record if an application was necessary and whether it was made. The Vale Council has a tree officer who does a great job, but there isn’t one in the planning department where tree preservation orders and conservation matters are dealt with. Which I personally feel is important because trees are valuable assets ecologically, aesthetically, and emotionally.

There is a lot of felling happening presently because of the nesting season which is about to bgin. There are different dates bounded about by government and organisations but birds nest when they want to nest, they’re not keeping an eye on the websites. Therefore, anyone working on trees has a duty to ensure they are not removing trees that are being used by nesting birds regardless of when it is. We inspect every tree we work on for nesting birds. Any doubts and we leave them. The forestry sector continues felling throughout the year; trees continue to be removed throughout the year; people buy wood products throughout the year – but we do not ask the retailer if the tree was felled outside the nesting season. There isn’t a no-fell rule but there are consequences if anyone destroys a tree with a nest.

I am glad the public are taking note of what is happening to the trees and the amounts being removed. General it is due to ADB but we’ve definitely seen an increase in work due to lockdown and people working from home. More people are spending time at home and in their gardens. But either way the amount of trees, mainly ash, that will be lost from roads, footpaths, woodlands in the vale will be huge.. the woodlands are dying as one person said to me. Sounds dramatic but if you simplify it, they are right. A lot of the woodlands in the Vale are mainly ash. Maybe this may spur society to plant more, as, at the moment it is pretty pathetic. Most planting in the UK happens in Scotland which has always had a handle on how important their trees and associated trades are. The other countries, however much they jump and wave their hands in celebration, are pretty poor planters. And as much as I agree that it is the Council’s role to replant, the issue is bigger than that. Communities, homeowners, landowners, tree firms, schools, groups, individuals etc should all be playing their part even if it is just a few trees, because to make up for what we’re about to lose is almost uncountable. Volunteer if you can, find someone who is growing trees or grow them yourself. I know Nancy my partner could do with a hand collecting and potting on the 10,000 trees she is trying to grow this year in our yard. Local tree nurseries with locally grown stock are needed. More now, more than ever.

Apologies for a long post. Thank you for indulging me if you got this far. If you need more info on ADB go to forestry commission, NRW (limited info), Woodland Trust and the Tree Council which is great – all on the www.