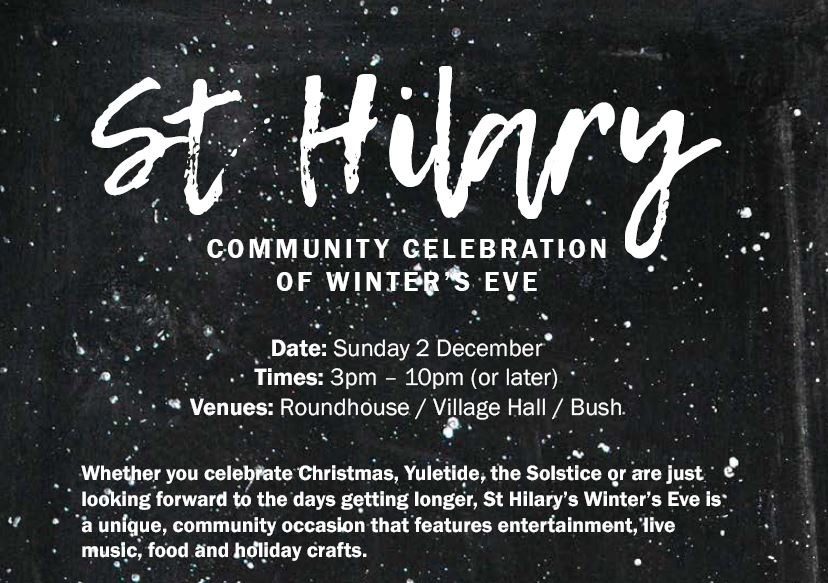 Events started in the Church with children's activities that included:

After the children's activities in the church, the children had a sunset wassail from the Church, making a grand entrance in the hall.
There was a series of performance in the Hall by children and adults of the village. These included an acoustic guitar set, songs, cornet, fantasy reading, a flash mob, flute, musical dance routine, poems and a soliloquy. Mulled wine, mulled cider, tea, coffee, mince pies, cakes and seasonal crafts were also available.

Finally, many of us went over to the Bush for a winter warming curry and a Winter's Eve Quiz. 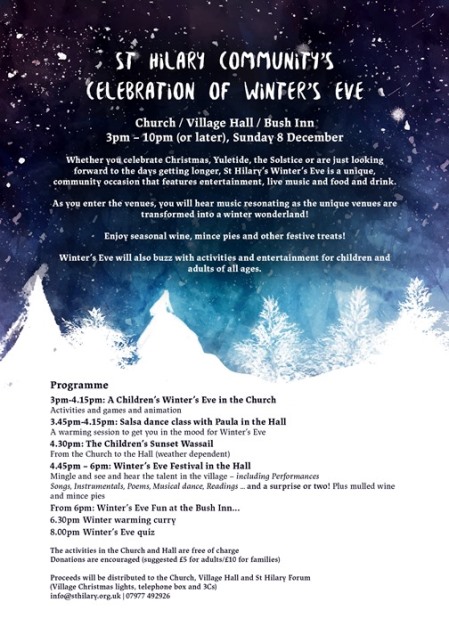