The village celebrated the Queen's Silver Jubilee in 1977

There was a sports day held in the field by the vicarage on the main lane (now Oaklands). 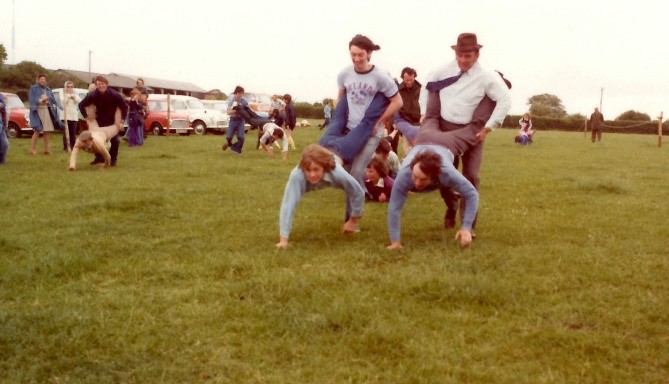 Wheelbarrow race between team Tudor Davies (father of Andrew RT Davies AM) and Ralph and David Baker (grandsons of Mrs Foreman) and Nicholas Barton. Colin Davies took part and had to go to hospital after the event! 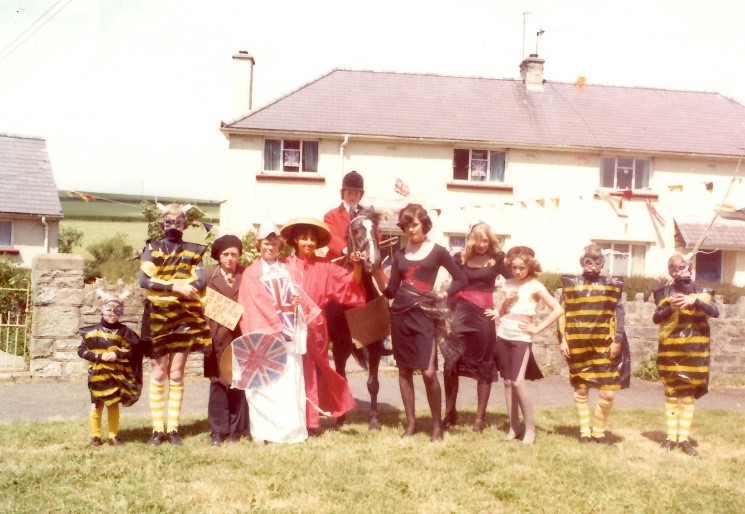 Mary Thomas related how Ken (the box) Vaughan used to be in charge of the barrel of beer at these events. She recalled a story about her son Russell, when a child, asking Ken if he could have some beer. Ken said no and Russell said that if he didn’t give him some beer he would have to get off our land – so Ken gave him some beer! 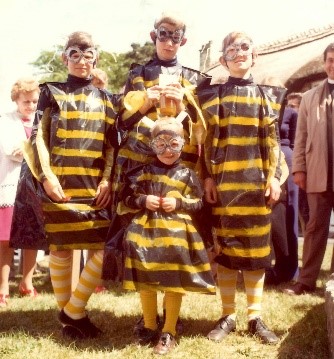 And here's the ticket for the Jubilee dance - 75p! 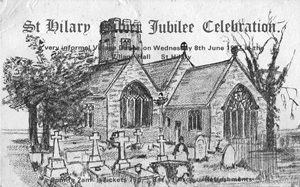 The photo below hangs in St Hilary Village hall. It features the residents of the village in 1977 providing names and the houses in which they lived. 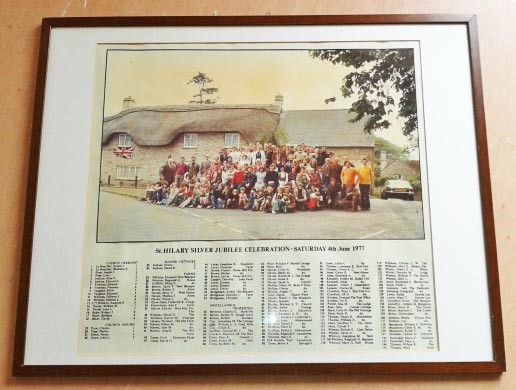